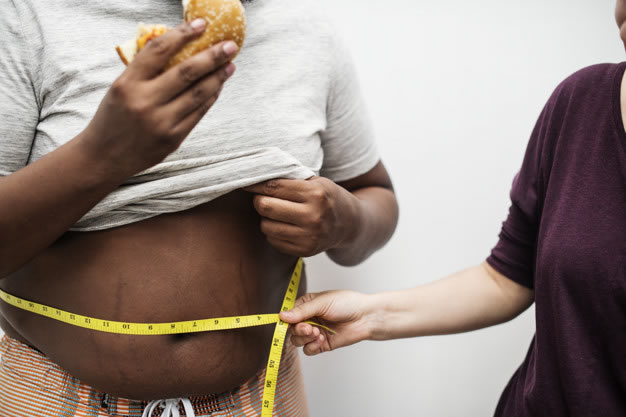 Adults in the United States are reporting undesired weight changes, an increase in drinking, and other negative behavior changes that may be unhealthy coping mechanisms for prolonged stress, according to a survey conducted by the American Psychological Association (APA). Further, American adults who received a SARS-CoV-2 vaccine were just as likely as those who hadn’t to report uneasiness about adjusting to in-person interaction at the end of the pandemic, with nearly half of each group responding as such.

APA’s survey found that 61% of adults in the United States experienced undesired weight gain or loss since the start of the pandemic, with 42% reporting they gained more weight than they intended. Those who reported weight increases gained an average of 29 pounds and those who reported weight decreases lost an average of 26 pounds. Additionally, 67% reported sleeping more or fewer hours than desired since the beginning of the pandemic, and 23% responded that they drank more alcohol to cope with their stress.

Parents of children under 18 years of age have been particularly affected, with 47% of mothers and 30% of fathers with children at home for remote learning reporting that their mental health had worsened. Parents were more likely than those without children to have been diagnosed with a mental health disorder since the start of the pandemic (24% vs. 9%).

Fifty-four percent of essential workers, such as health care workers and those in law enforcement, responded that they relied on unhealthy habits to get through the pandemic and 75% said they could have used more emotional support than they received since the pandemic began. Rssential workers were more than twice as likely to have received treatment from a mental health professional and to have been diagnosed with a mental health disorder since the beginning of the COVID-19 pandemic, according to the survey.

Additionally, people of color were more likely to have experienced unintended physical changes. Hispanic adults were most likely to report undesired changes in sleep, physical activity levels, and weight since the beginning of the pandemic. Black Americans were most likely to report feelings of concern about the future, with 54% responding that they don’t feel comfortable living life as they used to before the pandemic and 57% reporting uneasiness about adjusting to in-person interaction.

“It’s clear that the pandemic is continuing to have a disproportionate effect on certain groups,” said APA President Jennifer Kelly, PhD, in a press release. “We must do more to support communities of color, essential workers and parents as they continue to cope with the demands of the pandemic and start to show the physical consequences of prolonged stress.”

June 1, 2021
While smoking seen as a relaxing habit for many & something donned by cultural icons through film & song, smoking does more harm to the body than good. With COVID-19 dominating the news &.
Read More

May 28, 2021
There are plenty of supplements and products in the grocery store that claims to help boost your immune system. But while it may sound like a no-brainer, boosting your immune system is actually much.
Read More

March 1, 2021
The primary goal of a drug information service is to improve patient care by providing objective and unbiased information for drug-related questions.